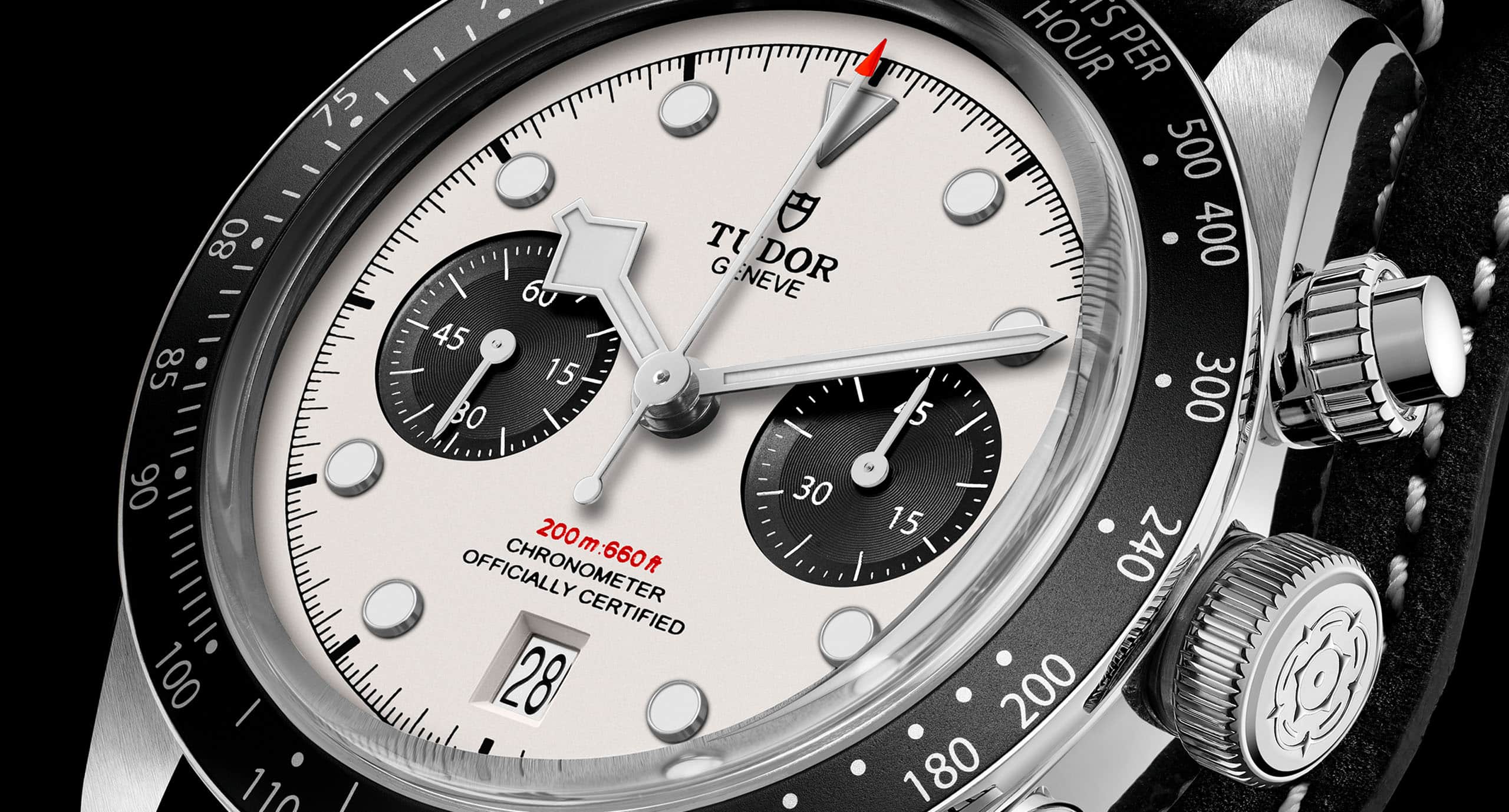 “I didn’t expect Tudor to go full Daytona on me and release a direct rival to the Rolex Daytona, which in my opinion just got some serious competition on the market now.”

Tudor took us by surprise this year at the Watches and Wonders 2021 by releasing an updated version of their Black Bay Chrono, which I thought was never a big hit, to be completely honest with you. But I couldn’t be more wrong this time.

The new Black Bay Chrono comes in true Daytona styles in two different color variants, one with a white dial and black sub dials (panda) and one with a black dial and white sub dials (reversed panda). The cases are made entirely out of stainless steel and measure 41mm in diameter. So, it will have its presence on your wrist, but the size is still ok, considering it’s a sport watch after all. Nevertheless, for my personal preferences, I would have welcomed it, if the watch would come in a slightly smaller case. But you can’t have everything, right?

Speaking of everything, Tudor packs a lot of punch with the new Black Bay Chrono. The watch is powered by the self-winding Calibre MT5813, which is fully COSC certified and made in house by Tudor. The movement has an impressive power reserve of 70 hours, and the whole watch is waterproof up to 200m (660ft, for our American readers).

When Tudor announced their new Black Bay Chrono, I was confused. I thought that I would perhaps get to see a successor of the existing GMT, just this time in the smaller Black Bay 58 case. I kind of looked forward that, since the only thing that kept me from buying the Black Bay GMT was the case size of 41mm. But I didn’t expect Tudor to go full Daytona on me and release a direct rival to the Rolex Daytona, which in my opinion just got some serious competition on the market now.

The similarities between the new Tudor Black Bay Chrono and the iconic Paul Newman Rolex Daytona Ref. 6263 “Big red”, struck me when I first saw the new Black Bay Chrono. There are certain things that immediately remind me of a Paul Newman.

And the second thing that I immediately noticed, were the pushers and the crown. They are kept simple, Tudor decided to not include a crown guard, like they did in the modern Daytona. And you know what, the Paul Newman Daytona also does not have the crown guard. And overall, the screw down pushers and crown just look a lot like the ones of the Paul Newman.

To sum it up, I love the new design that they chose for Black Bay Chrono. I wasn’t a big fan of the last update they did, with the whole gold and steel two-tone thing. But it’s a completely different story this time. I love the simplicity of black and white, I love that they went for an aluminum bezel instead of a ceramic one. The only thing that I would change would be the size. As you know I don’t like big watches, that have a heavy wrist presence. But at the end it is still a sports watch, that was intended to be used as that.

Affordable Alternatives To The Rolex Explorer

ABOUT US
Welcome! We at Horologisto bring you the latest news from the wonderful world of watches. We cover anything from events to microbrand reviews.
Contact us: inquiry@horologisto.com
FOLLOW US
© 2021 Horologisto